I’m back in Atlanta from Interbike and recovered by doing a real road ride and also a fun ride on Sunday. It was one of Atlanta’s “Streets Alive” days so I went out with the urban masses to celebrate human powered transportation in the ATL–biking and walking.

But back to Interbike.

Even though we used to have Wahoo Fitness as a client and designed some of their trade show graphics, along with packaging and advertising, I had never been to the greatest trade show on earth before this year! Turns out that some of the biggest brands decided not to attend this year. Specialized, Trek and Giant were no shows. It’s probably hard to justify the hundreds of thousands of dollars in expenses when they already have direct access to all of their dealers.

I don’t think I did a very good job at the show for the one day I was there. I didn’t get to half the booths I wanted to and I didn’t have a game plan. You need a game plan at this thing–it’s huge! The amount of companies there is overwhelming. The amount of amazing products is overwhelming too. Unfortunately, I also didn’t think Interbike did a good job with the map. The numbers on the map were absolutely tiny and to cross-reference the booth numbers to the companies in the long list below the map could have taken me 3 hours to create my own walking map. Maybe they’ll get to the point that they offer an interactive, customizable map online. Or maybe they did and I missed it.

Anyway, we picked up a bicycle client shortly before Interbike so I was glad to have already booked my trip there. It was nice meeting the clients in person and help with some of the media briefings. I think things went really well for them at the show.  They have an amazing electric bike company and the team was so nice. They seam to be very hard workers, sweat the details and have a vision for the growth of the electric bike market. Check out their amazing bikes here – Vintage Electric Bikes. 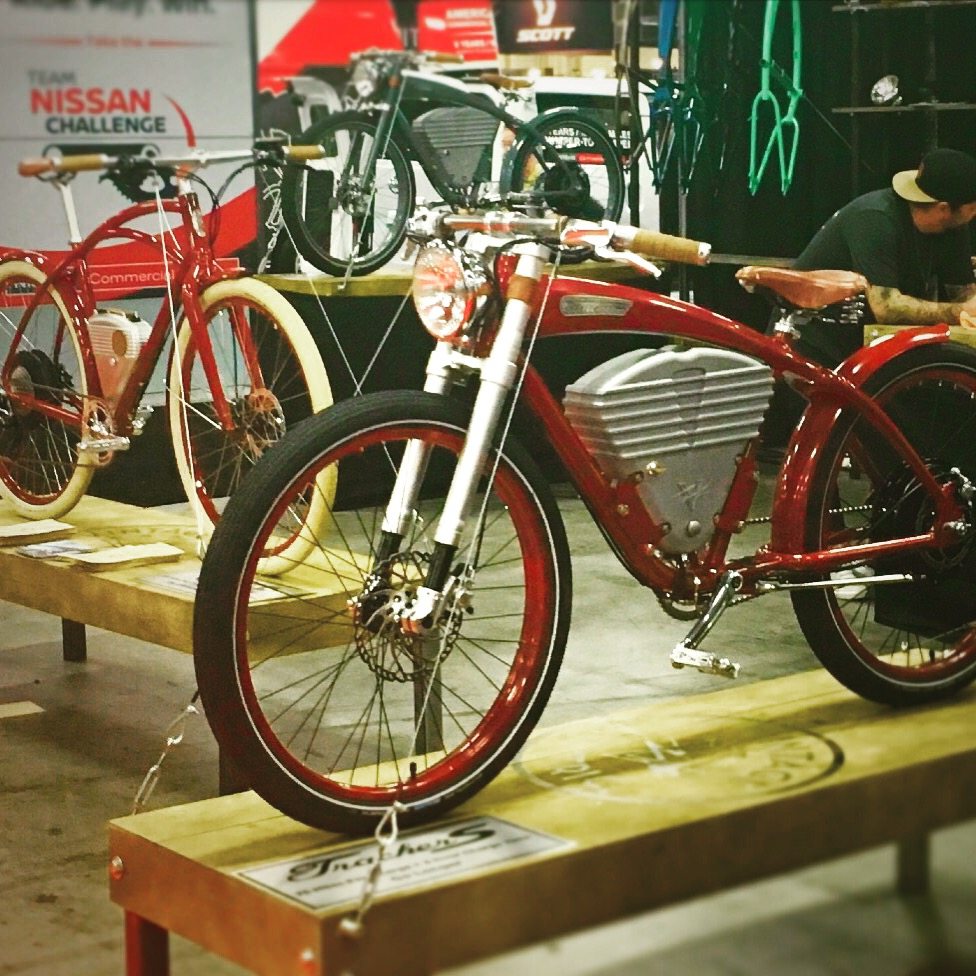 Thomson is a local GA bike parts manufacturer who Seed Factory needs to reach out to. Honestly, I haven’t seen a more boring and visually underwhelming booth than theirs. I’m wondering if it’s part of their brand persona to be completely anti-flashy, but it seems a bit extreme and counter-productive to selling more of their beautiful bits. I’ve always believed that if you’ve created something beautiful, then you should present it beautifully to help create an aura and emotional connection to it.

Moving on, there were so many other booths to see. I literally got lost at one point when I was trying to get back to Vintage Electric’s booth. I loved Pivot’s bike line up, the Alchemy bikes, Industry Nine’s trick bits, the Bell helmets booth and tons of others. Renovo Hardwood Bicycles caught my eye as one of the most beautiful frames out there, but then again, I’m a sucker for anything well crafted from hardwoods. 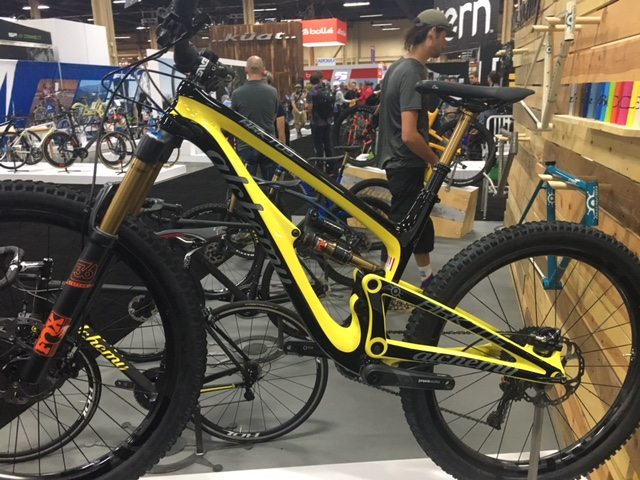 Seed Factory would love to work with more of these companies in the bicycle industry. Of course we’re super stoked to be working with Vintage Electric Bikes as they’re poised to grow into a huge company. Others such as Kuat racks are beautiful and smartly designed.  Being in MO, it’s close enough to our time zone to work together easily. Phil Wood has such trick bits and they supply the hubs for Vintage. Litespeed is just up the road from us in Chattanooga. 6D Helmets are really onto something with the shock-absorption layer. G-form’s protective equipment looks great. Crank Brothers, Stan’s NoTubes and the list goes on. 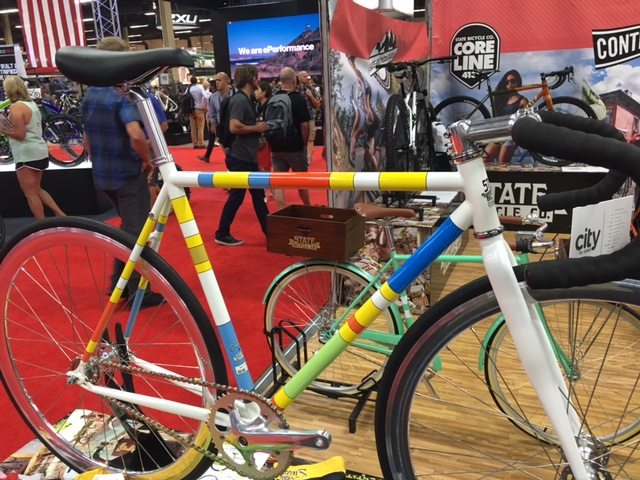 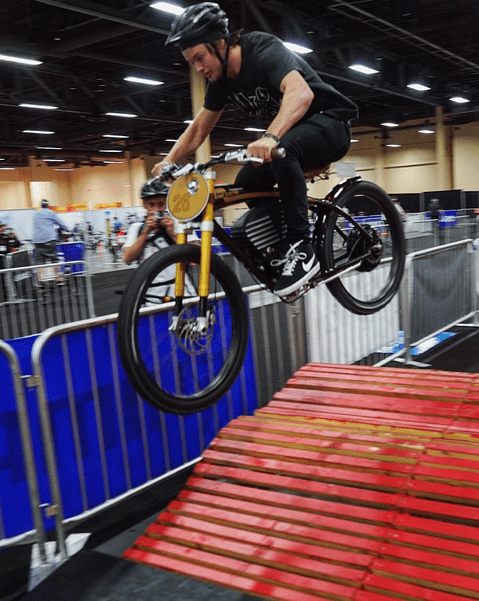